This time in our Young Artists category — Dovydas Klimavičius, who is a sculptor, painter and illustrator, as well as being skilled as a photographer, in creating videos, working with graphic design programmes, advertisements, events, aerography. Dovydas’ current passion is the art of body decoration — tattoos.
In this conversation with D. Klimavičius — on art, life and breaking stereotypes. 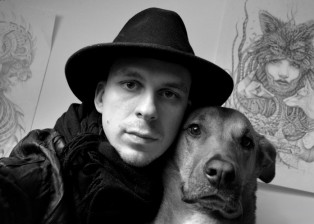 How did art and creative work come into your life? Were you partial to it even in your childhood?
It wasn’t art that appeared in my life, but I appeared in art (smiling). I was born into a family of artists. It’s said that a person is very much influenced by their surroundings, but the question is, though, how you feel within it — either you become a part of it or you don’t. I see art and creative work as the state in which I was raised since childhood; therefore, I feel naturally here.
What field of studies did you choose? Did the knowledge you gain serve you in practice?
I am a professional artist, graduating from the Vilnius Academy of Arts with a degree in sculpture. I believe that sculptors are best at drawing: they draw the form itself, not the surface. I tried to systematise all of the knowledge that I gained and realise now that minimum means — the colours black and white — are enough to express content. All other colours are simply effects meant to draw attention away from the lack of content. Because of these reasons, only two colours are predominant in my work — black and white.
What was your first creation?
I guess my first creation was the one that I can’t remember (smiling). But it undoubtedly had a great impact on my further creative path.
What inspires you?
I’m inspired by the feeling of happiness when you are doing that, which you want to do and feel useful. This feeling is constantly growing and to satisfy it you have to sacrifice much and give up a lot. All for the purpose of feeling happy. The feeling of happiness is probably the most volatile. Happiness is like the blade of a knife — it’s hard to stay on the edge of the blade, you keep ending up on one side or the other. 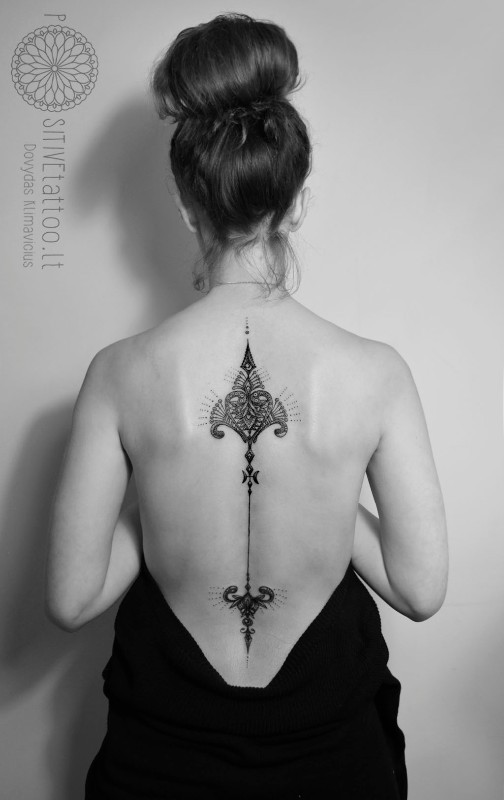 In general, what is creative work, art in your own life?
Art and creative work in my life is actually life itself. We all create, but not everyone is aware of it. We all live, but not everyone feels it.
What mistakes do you most often notice in works of art? How do you assess the tendencies of modern art?
re can be no mistakes in a work of art. Art can either draw you in or push you away. Only the most dynamic forms of art survive, those that are able to adapt, just like in Charles Darwin’s theory of evolution. Modern art has many branches, it isn’t homogeneous; therefore it would be difficult tTheo assess its tendencies as a whole.
In which art fields have you already worked? Share with us your most memorable work, events, achievements.
The space of my creative work is very broad. I am a sculptor, painter, I draw in sand, photograph, make videos, work with graphic programmes, draw portraits. I am also an illustrator, I work with advertisements, events. Aerography is something else I do, and now I make tattoos as well. I have achieved quite a lot in various fields. My most recent achievements were at the Memel Tattoo Convention. Two tattoo compositions I had created were awarded silver and bronze prizes. Considering that I only recently began working with tattoos, I took this as the best incentive to bravely move forwards. In May and July I am looking forward to tattoo conventions in Poland and Germany. There I have been invited as a tattoo artist. I often receive offers and invitations from international tattoo communities, where a lot is taking place. People are actively interested in my work and this encourages me to work and improve even more.

It seems like you pay a lot of attention to the art of tattoo. How did you discover it?
Now I give my all to tattoos. This is currently my air, earth and fire within which I burn. It was by chance that I became interested in this type of art. Or maybe not… I was noticed after my first few attempts. I was invited by Danielius Djačkovas to work at his studio and there I spent six intensive, creative months. There I began my journey on a new path.
What drew you to the art of body decoration?
I was attracted to tattoos because it is still a relatively new form of art. It is dynamic, constantly changing. There is a lot of freedom to express yourself. I believe it is superior to other forms of art as here the observer becomes a participant. They can influence the creative process, participate in it, feel it with their own body, experience fear, pain, joy. Tattoos have a very strong effect on people. The first purpose for tattoos was to mark and to heal; in modern Western culture it became a more aesthetic, decorative thing. I believe it isn’t worth moving away from the original roots of tattoos. Roots are history and we can learn a lot from history. In my work you can spot the influence of many ancient cultures, civilisations, especially from the East.
What is your guide in creative work? What are your main reference points?
I follow my intuition. I’ve always liked to go against the current, so my reference points have only been the obstacles that I had to avoid for the sole reason that they wouldn’t limit me. Recently I have begun to be interested in symbols, their meanings, mythology, astrology and other mystical things that I have been drawn to my whole life. I apply this knowledge in my creative work, when I draw on a person’s body. I like to use a lot of small details, which give the drawing depth; I surround the composition with ornaments, patterns, various accents. This way I turn my drawing into a symbolic tattoo ornament, almost like jewellery. 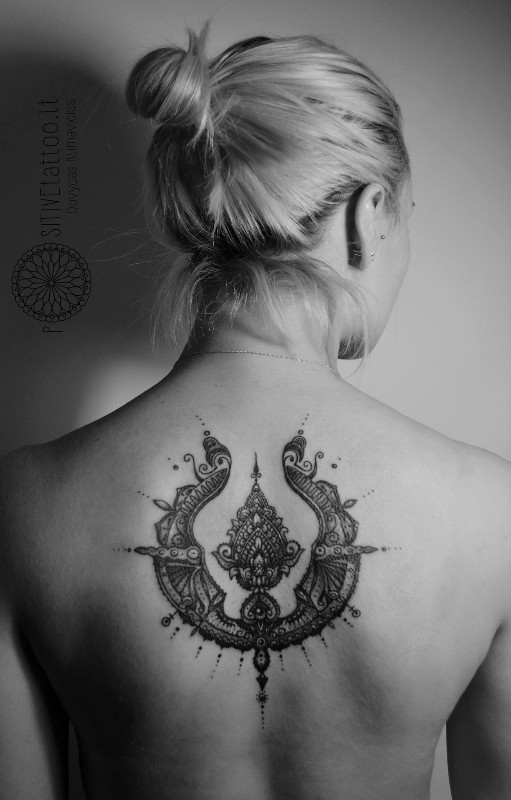 What are your future plans, goals, ambitions?
My goals and ambitions are the same as those of anyone successfully working in the field of tattoos — to open my own studio. My studio would be called Positive Tattoo. Why so? Because I am constantly provoked by stereotypes to break them. Just like all the angry lions, blood, skeletons and monsters in tattoos — I never liked them. They always seemed too open to me, symbols that were too banal. So I decided to go in the opposite direction — one of positivity, where there is more mystery, subtlety, and a different way of understanding aesthetics. I wish people harmony and positivity, which is what our society lacks most when someone wants to feel happy. I have a very clear vision of what my future Positive Tattoo studio will look like. That will be very soon (smiling).
What characteristics, do you think, should an artist have?
An artist is like a bird — just as a bird is unable to not sing, so too an artist is unable to not create.
How would you describe yourself?
As someone who admits that he doesn’t know everything and thus aims to learn.
Who is an authority for you in the art world? Why?
Authorities are exalted and deified, but we forget about ourselves and become limited. For this reason I stopped looking for God in the external world and realised that God is inside of me.